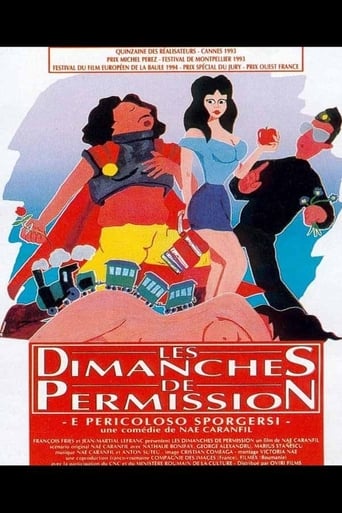 The title of the movie E pericoloso sporgersi means “Do not bend over” and it’s the text of a warning sign that appeared in the Romanian trains near its windows.

&nbspThe action of the movie takes place in the comunist era and  the title is a metaphor for the restrictive communist regime that impeded the freedom of the individual.

&nbspFilmed in the early years after the 1989 revolution, the film depicts on three levels the lives of a soldier, a second-hand actor and an in love high school girl. It represents the cinematic debut of the talented Romanian director Nae Caranfil.

&nbspA theater troupe is touring a small provincial town on the border with Yugoslavia. Cristina, a high school girl, dreams of being an actress and falls in love with the actor Dino. She is also courted by Horatiu, enlisted in the army in the same city.

&nbspE pericoloso sporgersi is available for free online viewing and subtitled in English on the Youtube platform. Enjoy !