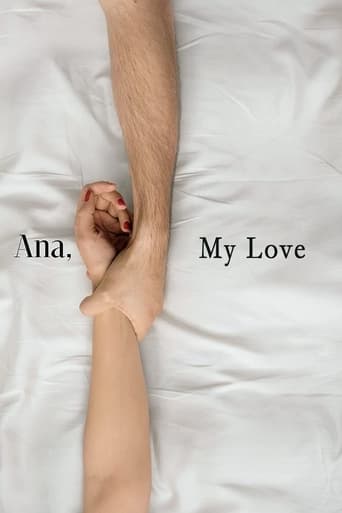 Ana, mon amour is a 2017 Romanian movie directed by Călin Peter Netzer, a film adaptation of the novel Luminița, mon amour by Cezar Paul-Bădescu. Călin Peter Netzer is the director of Child’s Pose, the Berlin Golden Bear winner in 2013. The film follows the atypical story and evolution of a young couple formed during college.

Toma and Ana, both from different cities, met while studying at the Faculty of Letters in Bucharest. They have a difficult relationship.

Traumas from childhood follow Ana in adulthood, but that does not make Toma abandon her despite the difficulties. On the contrary, he tries to help her by feeding on Ana’s dependence on him and the illusory security that his relationship gives her.

Ana experiences panic attacks that approach mental illness and Toma accompanies her to every difficult situation she encounters.

Scene after scene, the public gets to know the couple better as they marry, have a son, follow different career paths and get involved in different ways with therapy and religion. Finally, things take another turn when Ana manages to put her life and feelings in order.

This movie may or may not please you, but it will surely not leave you indifferent. I liked it. A lot. I liked the courage with which the author tackled such a sensitive topic: depression.

A seemingly ordinary and simple love story (there have been and will be so many) that gradually reveals the demons hidden in each partner’s past.

A good film with a strong message and interpretations, which will certainly not be to everyone’s liking, given the colorful language and the explicit sex scenes that spice it up.