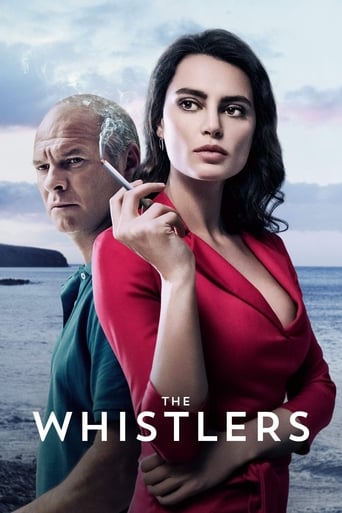 The movie The Whistlers, or La Gomera, directed by Corneliu Porumboiu, represented Romania’s proposal at the Oscars awards 2020. La Gomera is one of the seven main islands of the Canary Islands (Spain). It is located in the Atlantic Ocean, in the western part of the archipelago.

The action is built around a whistling language called “El Silbo”, used by the locals of this island. Cristi, a corrupt policeman, arrives here to learn this language. He intends to communicate encrypted using it with the members of a mafia group during an operation to release from prison a trafficker who holds valuable information.

The film manages to break out of the stereotype of Romanian films, offering an exciting action, good performances by the actors and quality image and sound. Besides these, The Whistlers offers the public some nude scenes with the model Catrinel Marlon (Menghia).

An interesting film that doesn’t reveal everything to you from the beginning and the more you watch the film, the more you understand how complicated things are. The ending is slightly predictable but ok. I say that it is worth seeing even if the critics did not see this film with very good eyes.

You can watch it online on the Hulu streaming platform.