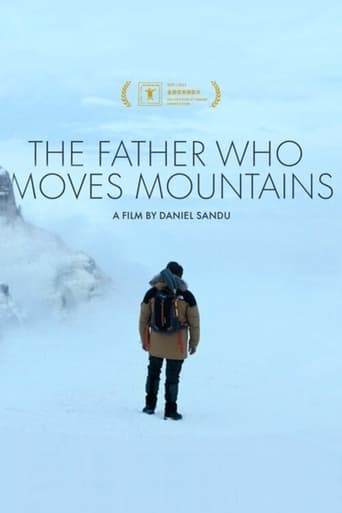 The Romanian film The Father Who Moves Mountains stars Mircea, a former intelligence officer who discovers his son is missing in the Bucegi Mountains. He joins the local mountain rescue team. When they fail in the boy’s location efforts, Mircea creates his rescue team.

He will almost literally try to move the mountains to find his son. He is ready to allocate all his financial resources and risk his second marriage and other people’s lives. In his blind search, he is ready to go over anything and everyone.

Mircea has to fight a war with himself and his past decisions. A war that takes place in a natural dream setting. Beyond a good image and some good interpretations, the script could be more convincing, and the end remains open.

The film makes you feel the drama of the characters, the suffering, and the despair and understands, even more, the depth of interpersonal reactions that he can establish in extreme situations. The movie’s screenplay is based on real events in December 2008.

“The Father Who Moves Mountains” is a movie that uses threatening scenery and great acting to tell the story of a man looking for his son and his sense of meaning.

The father who moves mountains filming locations includes Buşteni city and the Bucegi Mountains. It was filmed at the beginning of 2020 and was stopped by the state of emergency generated by the coronavirus pandemic.

The IMDB score of the movie was at the moment of writing this article 5.6.

You can watch The Father Who Moves Mountains (2021) online with subtitles on the Netflix platform.

The Father Who Moves Mountains trailer :