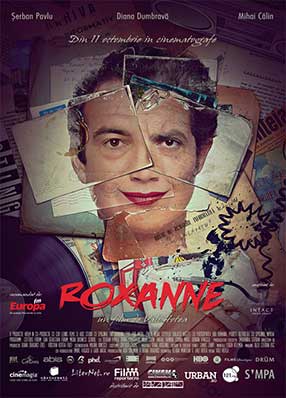 In the drama movie Roxanne, the main character Tavi, played by Serban Pavlu, is a guy about 40 years old who works as a computer graphic designer and is characterized by a certain dose of immaturity. He divides his life between computer graphics, a sick mother and Oana, his girlfriend, who still hopes he will get involved in their relationship. However, his ordinary existence is turned upside down when he decides to study his state security file at the Securitate. This communist secret police existed before 1989 in Romania.

&nbspIn 1989, when he fell in love with Roxana, Tavi dedicated the song Roxanne, by Sting to Radio Free Europe. Unfortunately, he is snitched at the Securitate by an informant, and he will have a hard time with the authorities. This is the reason behind Tavi’s decision to study his file.

&nbspIt’s a film about how the mistakes of the past can affect your present and come back to haunt you. Mistakes were made in a dark communist era when any close friend could be an informant for the Securitate. The script is convincing even if it has some weaknesses in predictability; the acting is good, and the dialogues are natural.

&nbspRoxanne can be watched entirely free and with subtitles on Youtube.